So On the BBHN Site they have a warning on not installing BBHN on a Ubiquiti Device with Air OS Firmware version 5.6.x Because there is a problem with the way that the boot-loader reformatted the Partitions and OpenWrt Has yet to be updated to account for the change. This was posted quite a wile ago and I haven’t seen much of a Response on a fix. Well I Found a process that works well even if you “Bricked” your access-point.

To start with If you haven’t already voided your warranty by flashing non ubiquiti firmware on your access point you will following my guide. At least on my NanoStation you have to remove the Serial number sticker to get to a screw to take the access point apart.

I found an article on Ubiquiti’s Support forum that was about the process of installing firmware via TFTP. The article looked Promising mainly because it was non destructive in that it just said old down the reset button till the lights blink and do some static ip magic and with the use of a tftp client load the factory firmware to the access point.

Followed those instructions after “Bricking” my AccessPoint and well it took the firmware but didn’t ever boot and in fact looked like it was just rebooting.

Found another article that detailed how to utilize the Serial Port on the back of the accesspoint for reinstalling firmware. This is where the sticker gets removed. Found out that there is a screw underneath that needs to be removed to allow pulling the guts out of the Plastic Shell. I would have included that article but it appears that Ubiquiti didn’t want people to visit this webpage as it is not a defunct link

Trick to being able to use the Accesspoint on BBHN is to find yourself a copy of a AirOS 5.5.x Firmware at a place like HERE

Once the older version of the AirOS is loaded then install the BBHN Firmware and it seems to be completely functional.

This site uses Akismet to reduce spam. Learn how your comment data is processed. 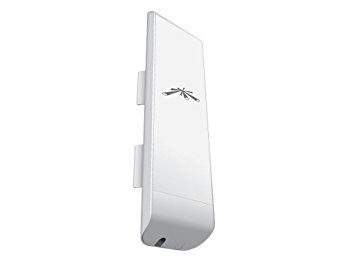